4K over IP made easy 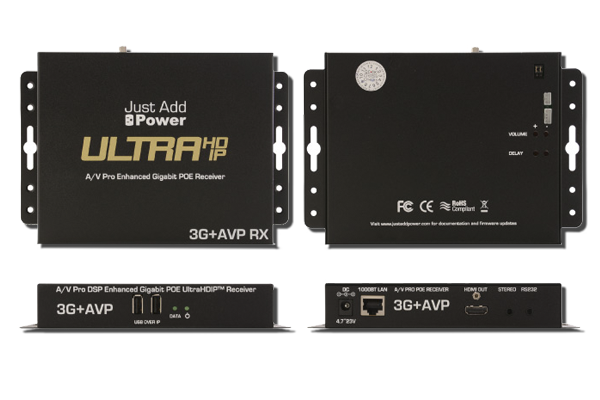 3G is the latest evolution in HDMI over IP and has a suite of features tailored for professional integrators. 3G Ultra HD over IP models have primarily been created to accommodate the need within the CI industry to be able to more easily and more affordably distribute 2160p / Ultra HD / 4K content with HDCP 2.2 encryption to multiple displays (HDMI 2.0 or otherwise) over a local area network. Thanks to 3G’s scaling capabilities, using purely 3G models of TX and RX makes any resolution of content up to and including 4K available on any integrated screen. 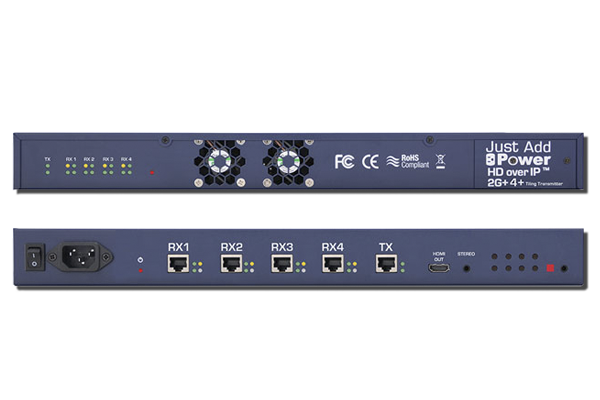 Just like the rest of Just Add Power’s HDMI over IP hardware, the 2G+4+ tiler is an incredibly flexible device that can be applied to a vast range of residential and commercial installations that require multiview functionality, whatever their size! For residential jobs, the most common zones that 2G+4+ tilers will be implemented in are man caves, home offices and games rooms, where entertainment is a key feature. The homeowner will be able to watch four of their favourite HDMI devices, i.e. up to four shows, movies or sports games, simultaneously on a single screen in a variety of multiview modes.
If they need to watch more than four source devices on a single display, simply stack another tiler to add an extra three source devices as tiles. There are an array of multiview modes including four equally sized tiles (quad view) or one large tile with three smaller tiles running horizontally or vertically. The tiles can appear with or without coloured or plain bezels (dependent on your client’s preference). You can also easily select and see which tiled source’s audio is being output by the display. 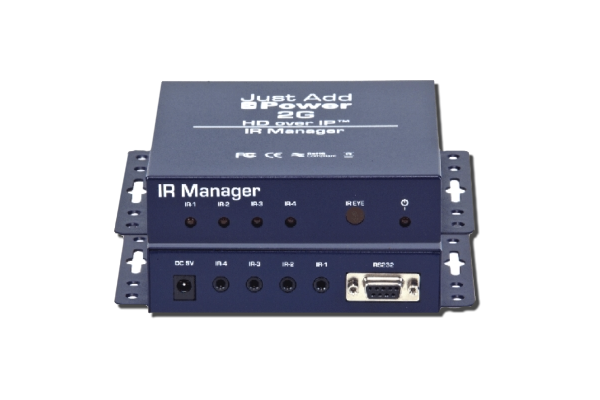 The IR Manager is a great alternative for situations where CEC or RS232 control of the attached device is not an option.